Have you ever wanted to limit the number of entries you can receive on a promotion?

Or maybe even trigger a specific action to happen after a certain number of entries has been received?

Well, we have some good news!

You can now do this and more with ShortStack’s brand new Limited Entry feature.

To find and use this new feature head into your ShortStack account (or create a free account here) and create a new Campaign. When you add a form you’ll be able to set up limited entries under Form Settings. 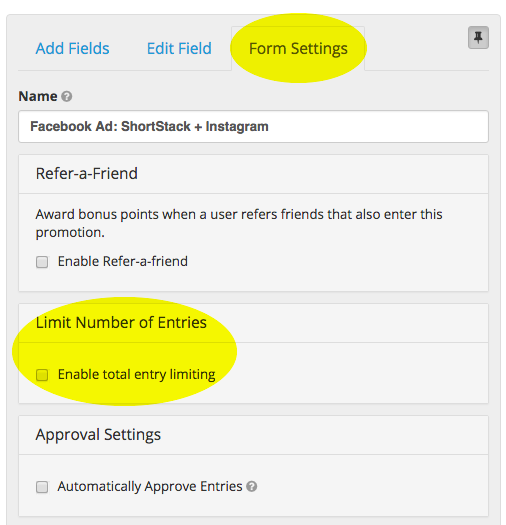 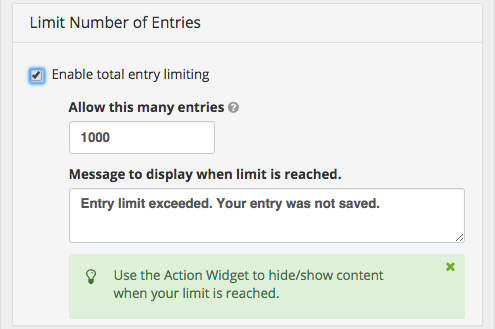 You can also set up your Campaign so a certain action is performed once your entry limit is hit using ShortStack’s Action Widget.

If you’re as excited as we are about this new feature, you’ll want to jump in and build your promotion right now!

Here are 5 super smart ways that any business can use ShortStack’s new limited entry feature.

We’ve made it easy to start one of these ideas with our Unlock Your Discount Template. 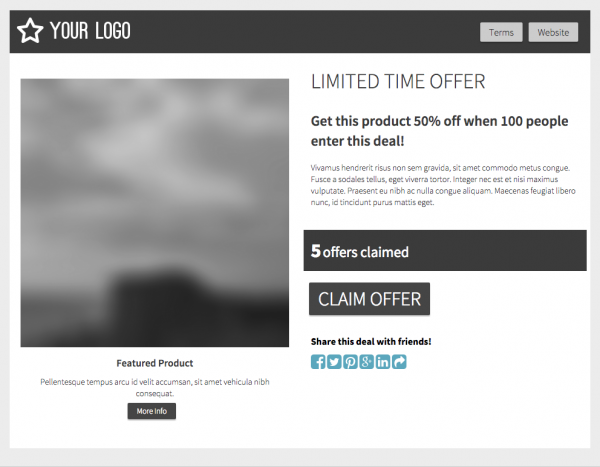 #2.  Only Give Away a Certain Number of Prizes

Businesses that have the ability to offer a large number of prizes, such as coupons, Groupons, buttons, stickers, etc., will find a fun way to engage with your audience is by running a promotion where only a certain number of prizes will be given away.

This instills a sense of urgency into your fans as they’ll want to get to your promotion as quickly as possible to be one of the people who will be receiving a prize. 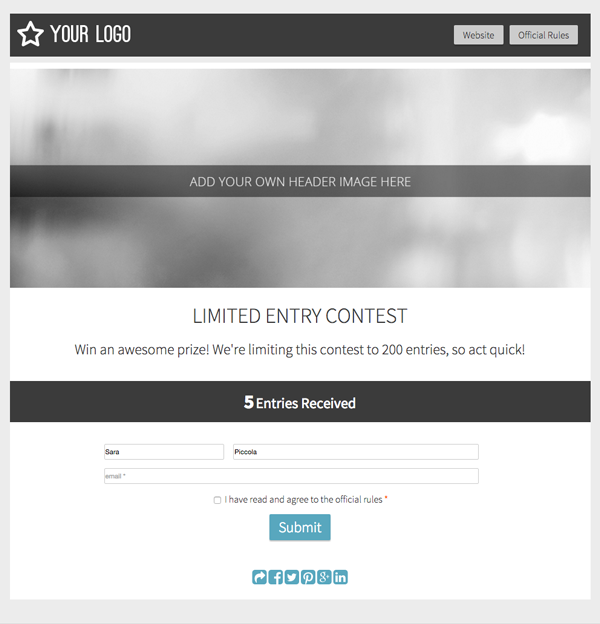 Tiered giveaways are another great way to keep fans coming back to your promotion over a long period of time.

A tiered giveaway consists of having multiple stages to your promotion and an incentive for your fans to participate during each stage.

A second way you could set up your tiered giveaway would be to require that a certain number of entries are received before the next tier is revealed.

When running a tiered giveaway we recommend increasing a prize’s value with each tier. If you offer your best prize up-front then your fans won’t come back for what’s next!

Flash sales are popular and fun! They’re another way to instill a sense of urgency in your fans.

Another idea is to build an email list specifically for flash sales. You can ask people to submit their email to be the first people notified whenever you have a flash sale. This will help grow your email list as well.

If you want to run a flash deal, use our Limited Offer Template and have your promotion set up in just a few minutes.

Voting promotions are a popular way to have fans return to a contest page. Using the limited entry feature, you can set up your promotion so that a certain number of entries must be received before voting can begin.

For example, if you’re running a photo contest you can require 100 photos must be submitted before the voting can begin.

Another idea is to have people submit their favorite brand or non-profit and then once a certain number are entered voting is turned on where fans can vote for their favorite ones. 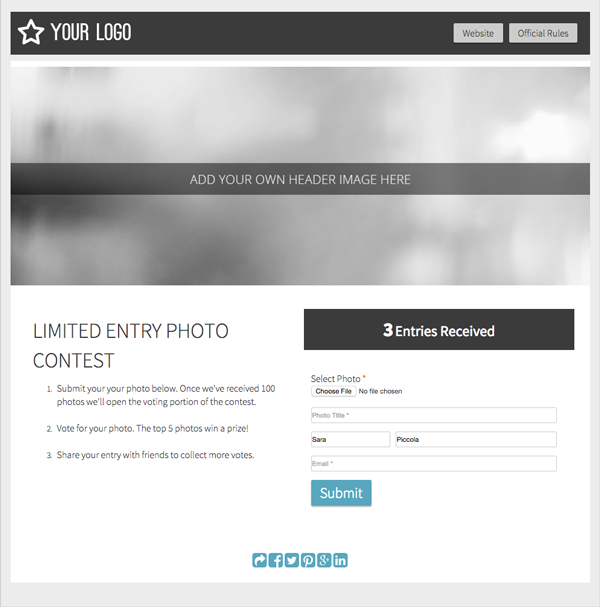 Limiting entries on your contests is an exciting way to add urgency and keep fans coming back over a long period of time. Give one of these five ideas a try and let us know how it goes!