Social media contests provide a fantastic opportunity to drive a ton of engagement, build brand awareness, promote certain products/services, increase your followers, and collect new lead information. With all the benefits social media contests have to offer, it’s not surprising they’re so popular. They can offer amazing results—so long as they’re implemented correctly.

Unfortunately, there are several common mistakes businesses and marketers make that can massively hinder their results.  To help you get the most out of your contests, here are the five most common mistakes you could be making on your social media contests, plus tips on how to remedy them. 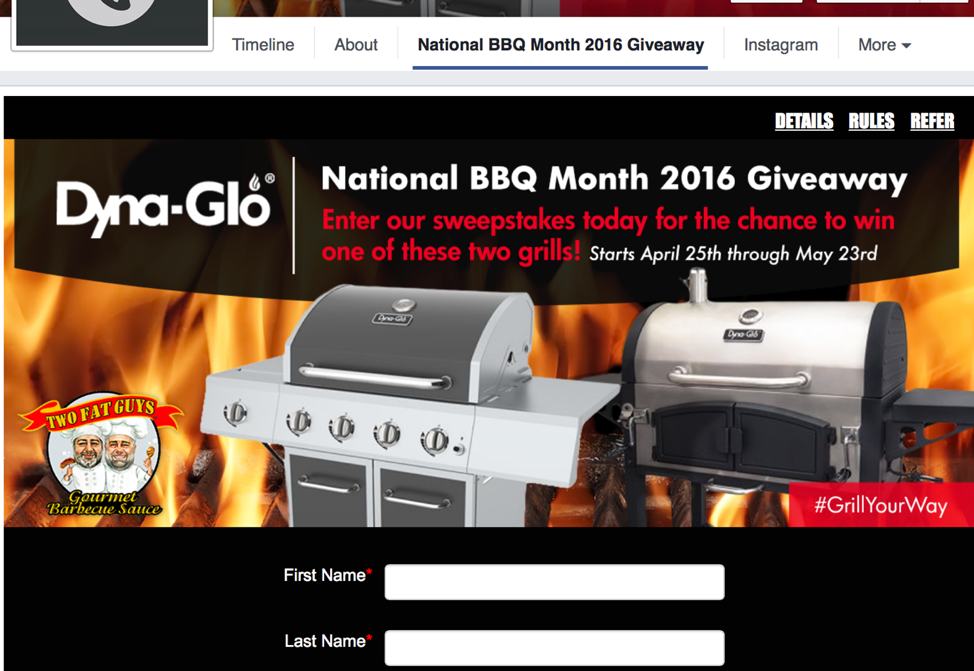 Entry forms can be created and can be on landing pages off-platform, or can be added to a tab on Facebook to collect lead information.

Some businesses who are new to social media marketing don’t even realize that you can capture lead information on social media contests; users won’t, after all, be likely to send you their email or phone number in a comment or private message.

This is where contest apps come in. There are a variety of social media contest apps and software that can help you optimize your contests. One huge benefit to contest software- like the contest apps here at Shortstack—is that they’ll help you to create landing pages dedicated to social contests where you can actually capture lead information.

Shortstack has easy-to-build entry form templates, where you can add the fields you want to collect the lead information that you need.

On the entry forms users have to fill out to enter the contest, make sure to get the information you need, whether that’s an email address, phone number, zip code, or something else. If you offer a relevant prize, this gives you the opportunity to get a huge amount of new potential leads for a very, very small cost by comparison, the majority of whom will likely be in your target audience.

2. Not Choosing a Mobile-Optimized Landing Page

So those contest entry landing pages discussed above? They need to be optimized for mobile devices, particularly since more users than ever are on social media via mobile. This is where choosing the right contest software can come into play; there are a ton of options out there for contest apps, but they’re not all created equal. 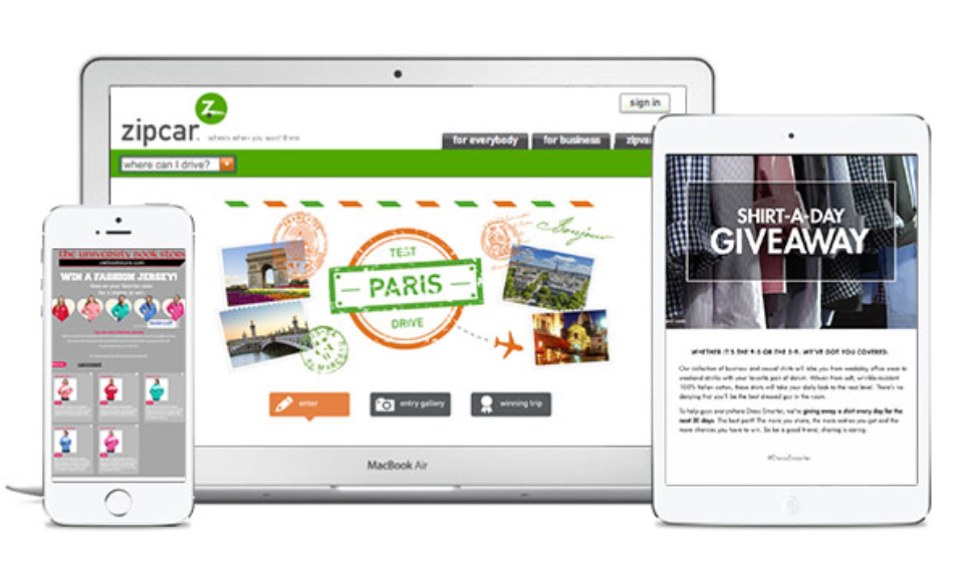 You need your landing page and contest entry forms to work on all types of devices for the best reach and engagement with your contest.

Ideally, try to choose software that will make it easy for you to create landing pages that will be both able to be viewed on mobile, and easy for users to fill out.

Test your landing page for your contest on multiple devices and- if necessary- multiple browsers to make sure it works. This way you aren’t missing out on any potential leads and engagement you could be getting.

3. Your Contests Run for Too Long (or Too Short)

Social media contests are a bit like Goldilock’s porridge; you don’t want them to be too long, or too short—the duration has to be just right.

About two weeks for a contest is a good starting place to consider for social media contests.

I’ve also seen the flip side of this be true: If contests are too long, urgency is lacking, and a surprisingly large number of users seem to fall on the “I’ll get to it later” side of the spectrum.

The time frame that’s best will depend on your individual contest. I’ve seen flash contests that only lasted an hour, where the first [insert number here] people who took the desired action won a prize. These can create a lot of excitement, and keep people watching your page. 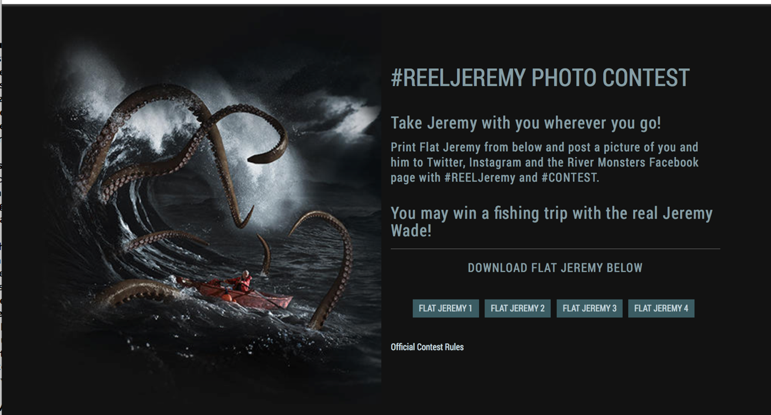 This contest requires users to do more than just fill out a form and submit; they need to print something out, take a picture with it, and share it on multiple locations. The length for this contest should be on the longer side.

In general, a good rule to go by is shorter, smaller budget contests that focus on a call to action type of contest (like Pin it to Win it or Retweet contests) do well with a time frame of about a week, maybe two. Big budget contests that are being used to promote your brand or your products and feature a significant giveaway (think an ipad compared to a $25 itunes gift card) can go longer, about a month. This is especially true if more complex engagement is required, like if a user has to create a Pinterest board or Snap a picture of themselves using your product.

4. Not Promoting Your Contest Across Multiple Platforms

This is a simple mistake, but a damaging one. A lot of businesses will run an amazing Twitter contest, for example, but they only promote it on Twitter. They don’t also post the link to the relevant Tweet on Facebook, Instagram, on their websites, or in their email marketing campaigns. These are all wasted opportunities. The more places you’re promoting your contest, the more engagement you could be getting.

This is another benefit to social contest apps; some, like Shortstack, enable you to post the landing page or share information about the contest on multiple platforms, increasing potential engagement tenfold.

Similarly, you want to promote your contest before, during (multiple times), and after it runs. This helps ensure that you get the most visibility for it possible, and afterward you can share a few posts to thank users for participating and letting them know you appreciate it.

This is a great example of continuing to build hype after a contest is over; the business retroactively announced adding extra prizes because the entries were so great.

Keeping up with all the guidelines that Facebook alone has can be difficult. When you consider the number of guidelines that all the different platforms have, it can be exhausting. Facebook has outlawed like-gating, for example, and asking users to repin only one image on Pinterest is actually breaking their contest rules (though you can ask them to repin any content from a selection). 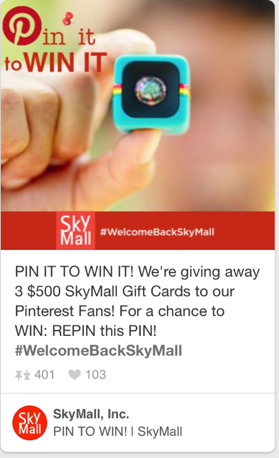 Unfortunately, this goes against Pinterest’s contest guidelines—you need to offer a selection of pins to repin.

Double check the contest rules for your platform of choice before you get started. Current regulations for different platforms include:

Plenty of contest software is designed to automatically comply with the rules and regulations of the social media platforms they will be posted on, which is just another benefit of choosing high-quality contest apps to help you run your campaigns.

Caption: This is a great example of a Pin it to Win it contest that follows Pinterest’s promotion regulations.

Social Media contests can offer so many benefits all at once, which you can capitalize on for your business as long as everything is in place for the contest to succeed. The five mistakes above are the ones I’ve seen made over and over in contests by businesses of all sizes, and are the ones that can harm the results of your campaign the most. By making sure you aren’t making these five common mistakes, you can increase the success of your social media contests, no matter what result you’re looking for.

What do you think? What mistakes do you seem happening on social media contests? Leave us a comment and let us know!

Ana Gotter is a freelance writer who has contributed to Social Media Examiner and other popular sites. She write about social media and marketing; this is her second post for ShortStack.