6 Breweries and Wineries Whose Digital Marketing Campaigns Moved the Needle

The alcohol industry generated $86.52 billion in revenue in 2021 in the United States. Beer and wine accounted for 58.6% of the alcohol market share. That’s a whopping $51 billion!

So how do you get your brewery or winery to fetch a more significant chunk of that revenue pie? Establishing your online presence is a great place to start.

Building your brand’s presence online can grow consumers’ trust in your product, expand your reach to new customers, and lead to free word-of-mouth advertising from your followers featuring your company in their social media posts.

Below are six examples of companies that have led the way with different campaigns that help move the needle in their presence and revenue.

Crooked Hammock Brewery is a new brewery in North Myrtle Beach, S.C. In a Facebook post, they wrote, “Imagine yourself walking into Crooked Hammock, sitting down, and ordering a pint of your new favorite American IPA. Sounds great right?! But what’s the name of this delicious beer? Well that’s where you come in!”

A beer naming contest is a great way to help locals feel a bit of ownership of your brewery. You could take the naming rights a step further with a contest where people come in and try the brew, submit a name, and then put the best names up to a vote to see which one is selected.

A naming contest has no real cost other than posting a form on a website and inviting the winner to come to the opening night as they celebrate the new brew. Similar to a photo or recipe contest, this brew naming contest can be a great way to spread the word about your company while increasing your online presence.

Victory Brewing Company is a craft brewery in Pennsylvania with distribution across 33 states and nine countries.

To collect leads and engage with their customers, Victory Brewing Company launched a 10-month online contest to help promote their Monkey line of beers.

To reach its goals, Victory Brewing opted to run a campaign that included submitting entries via a landing page form or by posting to Twitter or Instagram with a specific hashtag.

By allowing people multiple ways to enter, Victory Brewing generated more engagement on social media through participants’ followers seeing and engaging with the posts. They were also able to capture valuable information with a form on their landing page to help future marketing initiatives.

The giveaway awarded 21 total prizes — a single grand prize (a trip for two to Jamestown NY) and 20 first and second prizes. During the 10-month entry period, Victory Brewing Company collected over 235K form entries and 457 hashtag entries from Instagram and Twitter.

Budweiser always seems to make a splash with their marketing. With their 644 campaign, the King of Beers found a new way to get people talking about their beers that wasn’t a funny or heartstring-pulling commercial.

When Lionel Messi, the legendary soccer player, approached the all-time goals scored record, Budweiser saw an opportunity to celebrate “The King of Goals” and get people talking.

Budweiser created 644 custom Budweiser bottles and sent them to all of the goalies whom Messi scored on. The custom bottles were an ironic way for the goalies to be recognized for their part in Messi’s iconic story.

To further celebrate Messi’s achievement, Budweiser also presented a short film that told the story of Messi’s greatness. The campaign, like Messi himself, was legendary. Between the bottle distribution and the video, Budweiser generated over 3 billion impressions online, worth over $20 million. In addition, there were more than 1200 articles written in 84 countries about the campaign.

Though Lebron James will soon be breaking the all-time scoring record in the NBA, you’ll be hardpressed to re-create a campaign such as this. However, you could find some more minor achievements to try to celebrate. Is there a college or sports team nearby that recently won a championship? A custom bottle or label can be an excellent way to recognize this accomplishment and start a partnership.

If sports aren’t your thing, you could look into the non-profit world to celebrate a cause that is fast approaching. Or, maybe you can honor a bar that distributes your products.

Heck, do you want to get creative? Find a local social media influencer and personalize a bottle to celebrate their account hitting 100k followers.

The right partnership will give your business more traction on social media.

LoveStory Wines is a brand that originated in Verona, Italy and was launched in 2018 in the US.

When entering the US market, they knew they had to make an immediate impact on social media in a way that fits their brand name to help create a buzz for their product. To achieve this goal, they opted for a user-generated content (UGC) campaign.

With the help of some social media advertising, LoveStory generated over 5,000 followers and more than 66,000 impressions on social media in less than a year.

This is further proof that UGC can be a powerful tool to help you increase outreach and generate additional content, which could be crucial for a newer, less established brand. A more in-depth example of this can be found here:

Remember, when creating a hashtag for your brand, you want to build awareness for your brand or campaign. Try mixing in the name of your company, a phrase your company is known for and/or the campaign name to tie it all together.

Troegs is a small brewery in central Pennsylvania. With an estimated 6,000 small breweries trying to get the attention of beer drinkers all over the nation, how did they separate themselves from the pack? They focused on what they were good at!

Outside of making excellent beer, Troegs felt they could do something others couldn’t — pair beer with food.

After collaborating with their executive chef and their brewmaster, Troegs was able to show people why their beers deserved a seat at the table.

What they did not want to do was simply provide specific recipes that pair with the beer; instead, they chose to present flavors that pair with their beers as a way to get customers to be creative and discover their own approach to food pairing.

This campaign brought in over 2.5 million Facebook post impressions while generating sales increases of over 10% in four out of five regions where the beer is available.

By finding a unique niche to share with the audience, this small brewery was able to make a significant difference in sales and its social media presence.

Looking to do something similar? One thing you could try is asking people to create their own recipes that pair well with your beer or wine. You could encourage them to share their recipes and even host a contest for the best recipe: (https://www.shortstack.com/user-generated-content/). A recipe contest would show off your fans’ skills in the kitchen or on the grill and expose their friends to your libations during the voting round.

French’s partnered up with Oskar Blues Brewery to create a mustard beer. (Wait, what?)

Yes, you read that right. French’s, best known for their yellow mustard, teamed up with Oskar Blues Brewery, famous for being the first craft brewery to put their beer in cans, to create this rare delicacy known as mustard beer. (I don’t remember hearing about this, so I had to look it up to make sure it was true. It is.)

While you may not love how it sounds, the brew sold out in 22 minutes! According to French’s, “Our goal was to help them stand out in a flattening, commoditized category. So the next time consumers went to the mustard aisle, they picked French’s.”

“2 billion impressions, 23 million social impressions, and coverage in over 900 media outlets including Thrillist, Paste Magazine, Adweek, The Takeout, Delish, Popsugar, The Tonight Show with Jimmy Fallon, and many more. Most importantly, it drove +6.4% growth in sales YOY – IRI sales data.” (Now I’m feeling out of touch. As a beer drinker, how am I just hearing about it now?)

A cross-market partnership deal such as the one between French’s and Oskar Blues is a great way to stand out and make a statement while benefiting both parties.

So how could you replicate this on a smaller scale? Find a local-famous food company or restaurant around town, then create a custom brew based on their flavors. While it may not blow up like the French’s/Oskar mustard beer did, it could be enough to get the people in your city talking about it.

It can be overwhelming to develop new ideas for your next marketing campaign. Not to worry – ShortStack is here to help. Get started today by scheduling a call and discovering how we can help you be the next success story. 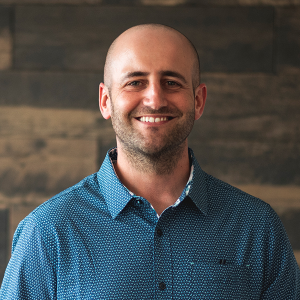 Kenny is an integral part of ShortStack's small but mighty support team and brings a lifetime's worth of education and experiences to the table. He holds degrees in Marketing, a master’s degree in Educational Leadership, and has worked for organizations both large and small.