Before 2018, PBS struggled to find the right platform to run contests on. Specifically, they were looking for the ability to run an annual voting contest and scale it to appropriate stations locally and nationally. For years they searched for “the one,” causing the marketing team to switch platforms often. Each time, the team had to learn yet another new platform in hopes it would provide the expected results.

Enter ShortStack. In 2018, the PBS team found what they were looking for with the ShortStack platform, and they have been a customer ever since. Read on to learn more about how Sam Laney, Senior Manager of Multi-Platform Production for PBS, runs their annual short film contest and additional marketing campaigns through ShortStack.

But first, watch the interview and see what Sam had to say about PBS’s success using ShortStack:

As discussed previously, PBS was tired of learning a new platform every year for their annual film contest only to find out it didn’t fit their needs. Their goal was simple: Have users upload their short films during a specific time frame, then open up voting at a particular time. Allowing for community members to enter and vote on their favorite films during specific periods of time was crucial to this contest. However, time after time, Laney said they were given the “run around” with platforms that didn’t work the way they needed them to.

“The hardest part of the film contest was it went live at midnight,” expressed Laney. He further explained that the person who was up at midnight to turn on the campaign had also to troubleshoot cache and other technical difficulties. For anyone working late or pulling all-nighters, you know how stressful it can be to run into problems.

Once PBS learned of ShortStack’s voting features, scheduling capabilities, and pre-made templates, they were hooked.

Laney explained, “The flexibility and ease at which you can set experiences up was kind of shocking. To this day, I still haven’t found that in any other platform.”

Furthermore, their team was no longer losing sleep administering the contest. With ShortStack’s ability to schedule every widget’s visibility, the PBS team could finally get a full night’s rest.

Lastly, Laney pointed out that ShortStack is ‘digital native’ which was important to him and his team. Having a site where users can enter, vote, and perform other interactions with content in one place was highly important to the PBS team.

The annual PBS film festival is no longer a contest event, however, PBS has found several ways to utilize ShortStack’s products throughout the year.

Laney explained he uses ShortStack for what he calls “syndicated marketing content.” In other words, the national PBS team creates content that can be widely distributed across America to the local PBS stations using ShortStack’s embed codes. They can create quizzes, articles, or other marketing campaigns on ShortStack, then distribute the code to all PBS stations.

Syndicated content allows national brands like PBS to create one piece of content that can be easily distributed across all channels and stations, thus improving the reach of the information to their users.

Laney and his team use ShortStack for their big marketing and programming campaigns. They love the scalability of ShortStack. Laney described their process, “We build branded, national promos and program experiences from our big shows and use ShortStack to allow our local stations to take that content and just run with it.”

Internally, PBS is interested in how local stations respond to the content produced for PBS.org. Laney expressed that PBS wants to make sure local stations enjoy the content they are producing. With ShortStack, they see upwards of 50 stations repurposing PBS.org content for their local sites. According to Laney, they see millions of page views as stations pick up different campaigns to add to their sites.

What PBS has been most impressed with while using ShortStack

While Laney loves the scheduling features of our widgets, he has been most impressed by the versatility of the builder itself. Laney iterated that if you enjoy HTML and CSS, you can get a great experience in the builder creating custom campaigns while also taking advantage of built-in features and tools. Additionally, he touts that integrating other social platforms is a great feature. The ability to embed YouTube videos directly into a campaign or collect user-generated content from other platforms to be displayed in one location is incredibly versatile.

One platform to handle several marketing-related tasks, as well as basic web page building, has saved the PBS team time and money. “We use it all the time as a substitute for our own internal web CMS. We’ll just plug and play on ShortStack. Sometimes it’s faster than our own internally developed CMS,” Laney chuckled.

The bottom Line: “Plug and play.”

According to Laney, ShortStack is, “the most versatile web building platform I’ve ever seen.”

With many pre-made templates and built-in styling tools, a new campaign can be created and customized to fit your brand in minutes. As Laney says, “Using ShortStack for the past 4 years, PBS has kept their branding strong throughout their subsidiary stations and continues to keep their audiences across America engaged.”

Whether you are looking to have a plug and play option or a completely custom marketing campaign, we can help get you started at ShortStack.com 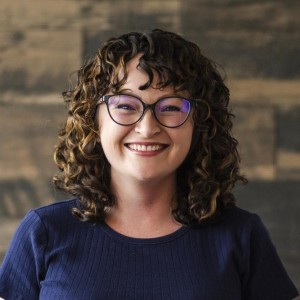