What makes a Facebook campaign effective? Does effective mean the campaign increased organic reach? Is engagement a measure of effectiveness? What about conversion? Should uniqueness be considered? And for a campaign to be effective, does it have to get results quickly?

Did you answer ‘yes!’ to all of our questions? Good, because we feel the same way. We’ve highlighted eight Facebook campaigns — some built with big bucks and some on shoestring budgets — that met our criteria for effectiveness. Take a look and see if you agree.

Authenticity and “naturalness” help make Burt’s Bees a loved brand across the world. This Facebook campaign – Raise Your Burt’s — acknowledged loyal fans, by asking them to provide reasons for loving Beeswax Lip Balm. The goal was to find the #1 Fan – whom Burt’s dubbed The Natural Champion. The winner won a lifetime supply of lip balm, the title of ‘spokes-lips’ in national magazines, and the opportunity to be the new name of the company for one week.

The campaign brought in more than 175,000 new Facebook followers, a +563% increase over the average new fan rate. Engagement was 180% above average. Almost 1.5% of visitors to Burt’s Bees Facebook page entered the contest, nine times higher than Facebook’s industry average. And more than 90% of unique page visitors voted in the contest.

Saying ‘thank you’ means a lot to followers, and Febreze’s appreciation of reaching the ‘1-million-fans-on-Facebook’ mark took the brand’s engagement level to new heights.

The idea was simple: To deliver 1 million ‘thank-yous’ – aloud. It took almost 31 hours, but the message from interns to brand managers and presidents made a difference.

Oh, and the interactive smell experiment – where viewers told the Febreze team which smells to put in a room — including smelly cheese, dirty laundry, dead fish, and cat litter — helped with engagement (and viewer enjoyment). Phew!

Fans were able to ‘like,’ interact and share during the global Facebook Live broadcast. The campaign generated 500 million impressions, reached more than 900,000 people and drew in more than 32,000 new fans. Engagement increased 60%. Nothing stinky about those results!

With thousands of new apps and updates hitting the marketplace every year, it can be hard for any brand to stand out. Adobe Lightroom has relied on Facebook to break through the noise.

To showcase Lightroom 4, Adobe launched a travel contest they dubbed “Around the World with Lightroom.”

Goals were to increase awareness of the new release, build positive brand impressions, and celebrate travel and photographers.

Adobe’s ‘Around the World with Lightroom’ campaign

The prize – a trip to Chiang Mai, Thailand with photojournalist Steve McCurry, helped create excitement around the new product and foster good engagement with customers. The winner was able to create a photographic record of the trip in a blog for the Lightroom community.

The contest had more than 3,700 entries, almost 150,000 views of submissions and average visit lengths of almost 2 minutes. Content reached more than 2.7 million people, with 11,000 likes and almost 3500 shares.

Although sales of Lightroom 4 were not released, we’re betting the smiles at Adobe after this campaign lit up the building.

Skinnygirl Cocktails tapped into our love for Oscar parties, Emmy parties, and well, just about any awards show party.

The ‘Entertain Like a Leading Lady’ Facebook campaign provided drink recommendations, party-planning tips, a party toolkit, and even award badges to hand out kudos to party guests.

A fantasy league for creating a star dream-team, as well as a getaway Oscar sweepstakes for the E! After-Party generated award-winning results. The campaign had 400% more views than other Facebook tabs during awards season and had more than 50,000 engagements in fewer than four weeks.

The brand winningly demonstrated its relevance with its consumer base.

Hyundai knows we love to win – as often as we can. Their ‘Put Your Profile on the Line’ campaign built on the company’s sponsorship of the NFL by giving fans the opportunity to challenge their friends to NFL weekly matchups with their Facebook profile as the wager.

Winners could gleefully enjoy seeing their losing friend’s Facebook profile redecorated in the winning team colors. But not all was lost – all players were entered into a contest for Super Bowl tickets.

Hyundai’s ‘Put Your Profile on the Line’ campaign

Nissan recognized its Versa Note buyers’ passions with their ‘Your Door to More’ campaign. Using Facebook Connect, the brand developed The Passion Genome to encourage people to see their shared passions brought to life in a Passion Portrait, personalized, interactive, and shareable.

Nissan’s ‘Your Door to More’ campaign

A link to the PassionGenome.com allowed people to see how they connected with their friends and people globally based on their likes. Those who shared their Passion Portrait via Facebook were entered into a contest for one of eight $1,000 Amazon gift cards and had their portrait featured on the PassionGenome.com site.

With over 76,000 site visits and almost 18,000 portraits, Nissan’s Passion Genome project helped people connect with each other and the brand.

When the campaign launched, Rudi’s had fewer than 20,000 likes, but 17,000 entries later, the brand generated more than 23,000 impressions and click-throughs, saw their Facebook fan base double, and met the bakery’s $10 million-dollar quarterly sales goal.

Facebook provided an online Student Center for the University of Phoenix where students could get information about career topics, motivational quotes and a bit of humor. The weekly updates shifted a dull RSS feed filled with links, into a colorful showcase of student pride.

Within a year, followers tripled to more than 1.7 million. Earned impressions exceeded 57 million – equivalent to about $1.1 million dollars of media spend. Uniting a dispersed landscape of students built a new community and brand loyalty.

ShortStack templates make it easy to add the right elements to your Facebook campaign. 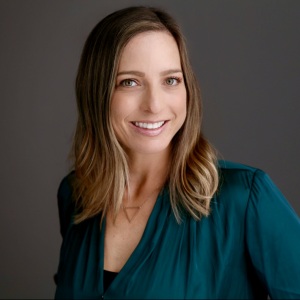 Jessica Ann is the Founder and Creative Director of Jessica Ann Media, a content marketing agency that humanizes business for Fortune 500 companies and top-tier brands. She's a digital native with a writing background, specializing in creating content at the intersection of marketing, business, and technology for the media. She has pioneered new content initiatives at top brands like Sirius XM Radio, Adobe, and Getty Images. Her book, Humanize Your Brand, is available on Amazon and Audible. You can reach Jessica Ann on Twitter or Instagram: @itsjessicann or on her blog. Read more articles by Jessica Ann.