Being a successful author these days means being more than just a great writer — it requires being a savvy marketer, too. Self-published authors, especially, are responsible for their own promotion to ensure that their book is shared with their target readerships. This can be tricky, as there’s a fine line between harnessing self-promotion and coming across to your reader networks as too spammy.

However, tapping into niche social networks can help authors and publishing companies conduct successful Campaigns to generate some buzz about a new launch. This is where a Goodreads giveaway comes in. Goodreads is the top social network for readers and authors, and has become the go-to place for many people to pick their next read and discuss their favorites with their friends.

User engagement on Goodreads is high. As of 2016, Goodreads hosts an astounding 47 million book reviews written by Goodreads users: 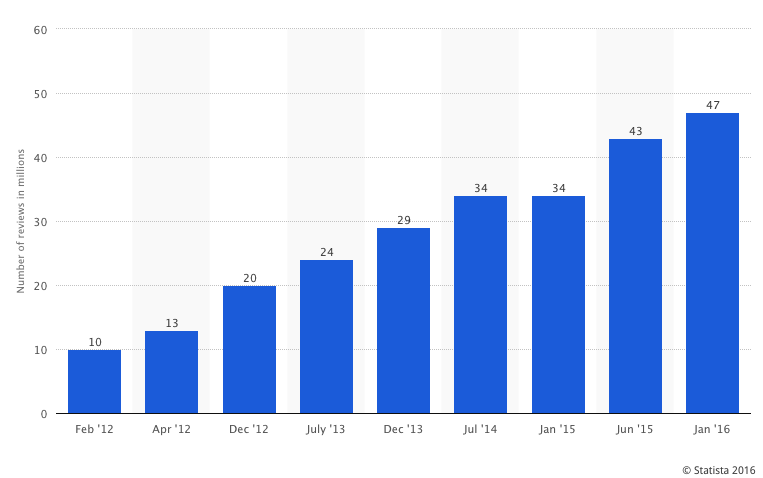 Goodreads users organize the books they’ve read, or plan to read, via shelves. There are also user-created groups on the site for users to participate in virtual book clubs based on genre or author. As such, there’s ample opportunity for authors to engage directly with readers.

However, it’s important to not alienate the users on Goodreads by running too many Campaigns, so an option is to run a giveaway Campaign in conjunction with Goodreads to tap into that network, and also engage followers on other social media sites like Facebook and Twitter. Self-Publishing Review recently wrote

Self-Publishing Review recently wrote about six ways your book marketing Campaign may not go as planned. One suggestion is to use keywords to ensure that your book appears in search results. You can also employ this tactic on your Campaign by including keywords (such as the title of the book, the genre, and the author name) throughout the page. Google will be able to pick up the keywords added to your Campaign. Here’s how a social media Campaign can increase your SEO.

A giveaway Campaign is not only a good way to get people excited about the new book, but also to collect leads for an email list. (Don’t have an email list? We highly recommend that all authors have one, and here’s how to get started.)

Example of a Goodreads Giveaway Campaign

New York Times bestselling author Steena Holmes created a Goodreads giveaway Campaign to promote her new novel, Saving Abby. The giveaway prize wasn’t the book itself, but other interesting prizes that users can win if they add the book to their Goodreads shelves.

She added a form to collect leads for her newsletter, and the form also ensures that participants have completed the necessary tasks. She used ShortStack’s Two-Column Widget to cleanly display information about the prizes, as well as the entry form. She included an “Add to Goodreads” button using the Links Widget, which takes participants directly to the book’s page on Goodreads.

To encourage engagement, she created tiers with corresponding prizes to incentivize participants to add the book to their shelves. This is also a great way to be transparent in the goals of the Campaign. 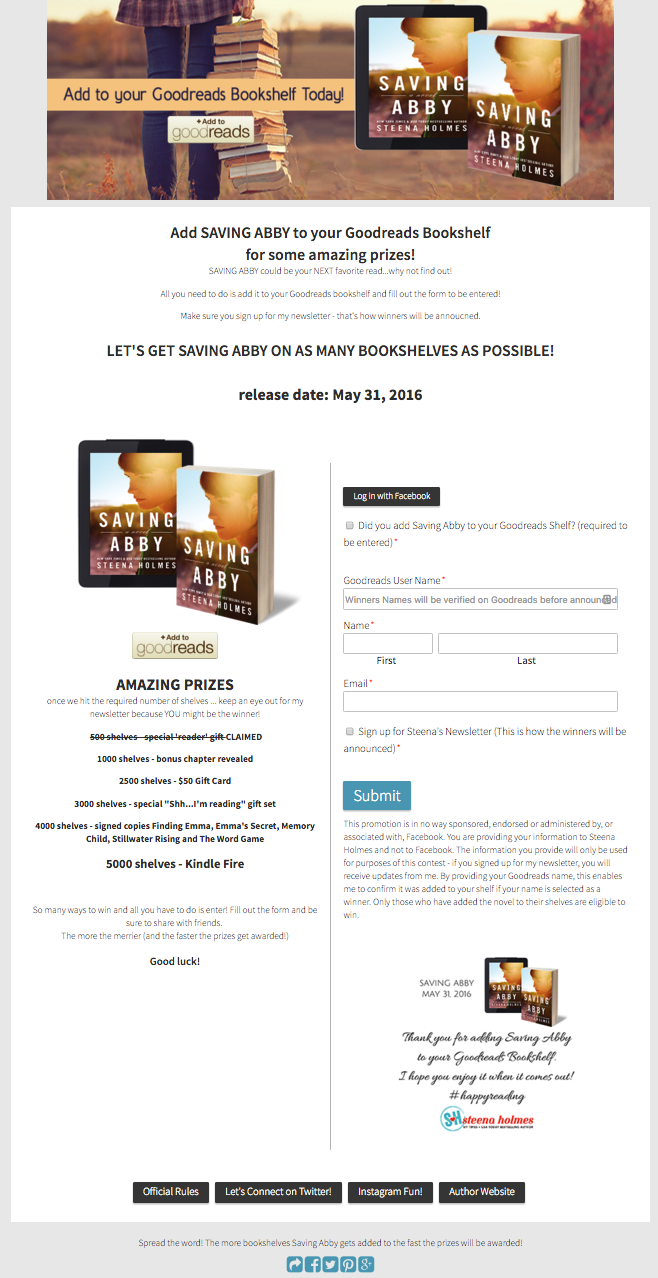